Menunjukkan lensa gravitasi mikro[{” attribute=””>black hole candidate, one of 200 million in the galaxy.

When massive stars come to the end of their lives and explode in a supernova, they leave behind a black hole. It is estimated that about one in a thousand stars is massive enough to give birth to a black hole. With the Milky Way being home to an estimated 100 to 400 billion stars, there are likely a vast number of black holes throughout our galaxy.

Yet black holes by their very nature can be very hard to detect, especially if they are isolated. After all, a black hole has such powerful gravity that light doesn’t escape, so we generally detect them by their gravitational influence on other objects or by radiation created by the surrounding matter they are devouring. Without nearby objects or accreting matter, there could be hundreds of millions of black holes throughout our galaxy that are essentially invisible to astronomers.

If, as astronomers believe, the death of large stars leaves behind black holes, there should be hundreds of millions of them scattered throughout the Milky Way galaxy. The problem is, isolated black holes are invisible.

Now, a team led by University of California, Berkeley, astronomers has for the first time discovered what may be a free-floating black hole by observing the brightening of a more distant star as its light was distorted by the object’s strong gravitational field — so-called gravitational microlensing.

The team, led by graduate student Casey Lam and Jessica Lu, a UC Berkeley associate professor of astronomy, estimates that the mass of the invisible compact object is between 1.6 and 4.4 times that of the sun. Because astronomers think that the leftover remnant of a dead star must be heavier than 2.2 solar masses in order to collapse to a black hole, the UC Berkeley researchers caution that the object could be a neutron star instead of a black hole. Neutron stars are also dense, highly compact objects, but their gravity is balanced by internal neutron pressure, which prevents further collapse to a black hole.

Whether a black hole or a neutron star, the object is the first dark stellar remnant — a stellar “ghost” — discovered wandering through the galaxy unpaired with another star.

Hubble Space Telescope image of a distant star that was brightened and distorted by an invisible but very compact and heavy object between it and Earth. The compact object — estimated by UC Berkeley astronomers to be between 1.6 and 4.4 times the mass of our sun — could be a free-floating black hole, one of perhaps 200 million in the Milky Way galaxy. Credit: Image courtesy of STScI/NASA/ESA

“This is the first free-floating black hole or neutron star discovered with gravitational microlensing,” Lu said. “With microlensing, we’re able to probe these lonely, compact objects and weigh them. I think we have opened a new window onto these dark objects, which can’t be seen any other way.”

Determining how many of these compact objects populate the Milky Way galaxy will help astronomers understand the evolution of stars — in particular, how they die — and of our galaxy, and perhaps reveal whether any of the unseen black holes are primordial black holes, which some cosmologists think were produced in large quantities during the Big Bang.

The analysis by Lam, Lu and their international team has been accepted for publication in The Astrophysical Journal Letters. The analysis includes four other microlensing events that the team concluded were not caused by a black hole, though two were likely caused by a white dwarf or a neutron star. The team also concluded that the likely population of black holes in the galaxy is 200 million — about what most theorists predicted.

Notably, a competing team from the Space Telescope Science Institute (STScI) in Baltimore analyzed the same microlensing event and claims that the mass of the compact object is closer to 7.1 solar masses and indisputably a black hole. A paper describing the analysis by the STScI team, led by Kailash Sahu, has been accepted for publication in The Astrophysical Journal.

Both teams used the same data: photometric measurements of the distant star’s brightening as its light was distorted or “lensed” by the super-compact object, and astrometric measurements of the shifting of the distant star’s location in the sky as a result of the gravitational distortion by the lensing object. The photometric data came from two microlensing surveys: the Optical Gravitational Lensing Experiment (OGLE), which employs a 1.3-meter telescope in Chile operated by Warsaw University, and the Microlensing Observations in Astrophysics (MOA) experiment, which is mounted on a 1.8-meter telescope in New Zealand operated by Osaka University. The astrometric data came from NASA’s Hubble Space Telescope. STScI manages the science program for the telescope and conducts its science operations.

While surveys like these discover about 2,000 stars brightened by microlensing each year in the Milky Way galaxy, the addition of astrometric data is what allowed the two teams to determine the mass of the compact object and its distance from Earth. The UC Berkeley-led team estimated that it lies between 2,280 and 6,260 light years (700-1920 parsecs) away, in the direction of the center of the Milky Way Galaxy and near the large bulge that surrounds the galaxy’s central massive black hole.

Looking for a needle in a haystack

Lu and Lam first became interested in the object in 2020 after the STScI team tentatively concluded that five microlensing events observed by Hubble — all of which lasted for more than 100 days, and thus could have been black holes — might not be caused by compact objects after all.

Lu, who has been looking for free-floating black holes since 2008, thought the data would help her better estimate their abundance in the galaxy, which has been roughly estimated at between 10 million and 1 billion. To date, star-sized black holes have been found only as part of binary star systems. Black holes in binaries are seen either in X-rays, produced when material from the star falls onto the black hole, or by recent gravitational wave detectors, which are sensitive to mergers of two or more black holes. But these events are rare.

“Casey and I saw the data and we got really interested. We said, ‘Wow, no black holes. That’s amazing,’ even though there should have been,” Lu said. “And so, we started looking at the data. If there were really no black holes in the data, then this wouldn’t match our model for how many black holes there should be in the Milky Way. Something would have to change in our understanding of black holes — either their number or how fast they move or their masses.”

When Lam analyzed the photometry and astrometry for the five microlensing events, she was surprised that one, OB110462, had the characteristics of a compact object: The lensing object seemed dark, and thus not a star; the stellar brightening lasted a long time, nearly 300 days; and the distortion of the background star’s position also was long-lasting.

According to Lu, the gravitational influence of OB110462 on the light of the background star was amazingly long. It took about one year for the star to brighten to its peak in 2011, then about a year to dim back to normal.

To confirm that OB110462 was caused by a super-compact object, Lu and Lam asked for more astrometric data from Hubble, some of which arrived last October. That new data showed that the change in position of the star as a result of the gravitational field of the lens is still observable 10 years after the event. Further Hubble observations of the microlens are tentatively scheduled for fall 2022.

Analysis of the new data confirmed that OB110462 was likely a black hole or neutron star.

Lu and Lam suspect that the differing conclusions of the two teams are due to the fact that the astrometric and photometric data give different measures of the relative motions of the foreground and background objects. The astrometric analysis also differs between the two teams. The UC Berkeley-led team argues that it is not yet possible to distinguish whether the object is a black hole or a neutron star, but they hope to resolve the discrepancy with more Hubble data and improved analysis in the future.

“As much as we would like to say it is definitively a black hole, we must report all allowed solutions. This includes both lower mass black holes and possibly even a neutron star,” Lu said.

“If you can’t believe the light curve, the brightness, then that says something important. If you don’t believe the position versus time, that tells you something important,” Lam said. “So, if one of them is wrong, we have to understand why. Or the other possibility is that what we measure in both data sets is correct, but our model is incorrect. The photometry and astrometry data arise from the same physical process, which means the brightness and position must be consistent with each other. So, there’s something missing there. ”

Both teams also estimated the velocity of the super-compact lensing object. The Lu/Lam team found a relatively sedate speed, less than 30 kilometers per second. The STScI team found an unusually large velocity, 45 km/s, which it interpreted as the result of an extra kick that the purported black hole got from the supernova that generated it.

Lu interprets her team’s low velocity estimate as potentially supporting a new theory that black holes are not the result of supernovas — the reigning assumption today — but instead come from failed supernovas that don’t make a bright splash in the universe or give the resulting black hole a kick.

The work of Lu and Lam is supported by the National Science Foundation (1909641) and the National Aeronautics and Space Administration (NNG16PJ26C, NASA FINESST 80NSSC21K2043). 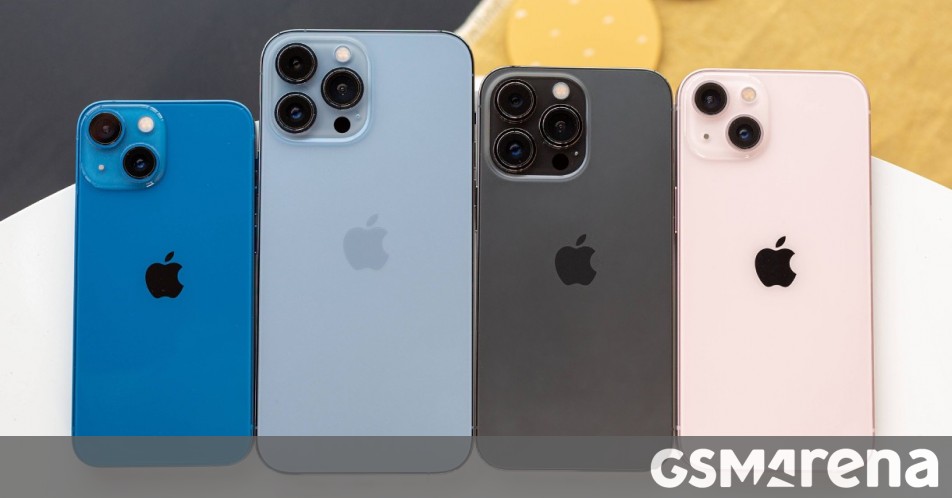 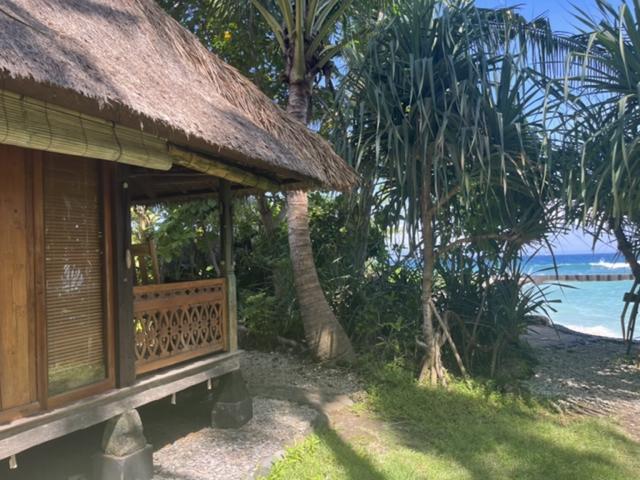 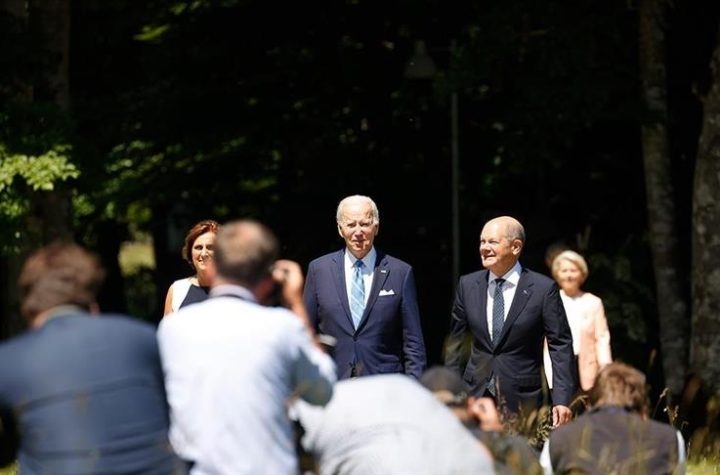